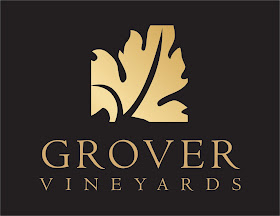 “It’s time Brits drank wine with Indian food instead of beer named after a snake or something.” These are the words of one Amber Vaidya, the person in charge of sales and Marketing for Grover Vineyards.

Shortly after he said this, we all smashed our Cobra beers on the floor, yelled ‘hurrah!’ and poured ourselves each a celebratory glass of Indian wine. Well, not quite, perhaps if weren’t already drinking delicious wine that happened to be from India we might have sputtered into our Cobras and disagreed. Beer and curry, after all, go together in the national conscience, like fish and chips. But as we had started on the Indian vino (its vineyards are in the Nandi hills region, about 40 km north of Bangalore and situated 1,000 metres above altitude) what Vaidya said made absolute sense. Why suddenly switch to beer when the food was served? 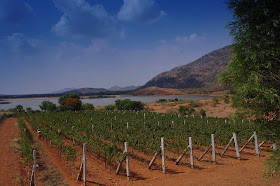 Our sumptuous five–course banquet, prepared at Moti Mahal Indian restaurant on Great Queen Street, was paired with three Grover wines, as well as a delicious sweet dessert wine and champagne from France. Not forgetting the canapés at the start and vanilla and passionfruit champagne cocktail. 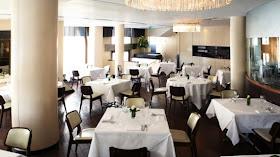 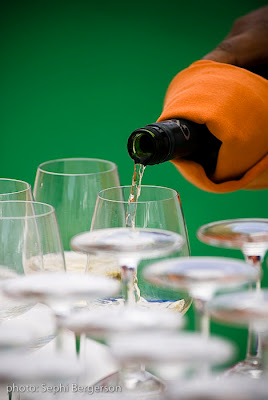 Before I even sat down I had eaten delicious savoury Cornettos, stuffed with fresh salsa–type flavours, sublime lamb tikka mousse and the softest chicken skewers. This was fast becoming my most anticipated meal of the year – only to be outdone by Christmas dinner (where else do you get crackers and get to set fire to dessert?) – and thankfully I only had to wait a matter of minutes before eating it.

Seated in Moti Mahal’s downstairs dining room, the staff were friendly and attentive but never got in the way: in other words, what waiters should be like. The décor is also pretty simple with plain wooden floors and white tablecloths. Downstairs has a small bar and curved booths while upstairs has a bar near enough along the width of the restaurant. Flash light fittings and roomy and comfy seats hint at Moti Mahal’s class, but it allows the food do the talking.

Highlights were glorious, spicy monkfish simmered in tamarind, tomato and ginger sauce with coriander and my favourite dish, main course number one: butterflied leg of lamb seasoned with cinnamon, bay leaf and green chillies. I wanted to cry at how soft this grilled lamb was. And don’t just take my word for it, a Greek food stylist said this was the best lamb she’d ever tried – and Greeks know their lamb like Brits know… erm … mashed potato.

The paratha and naan bread that accompanied various courses were served in paper bags a la an Indian takeaway but as if to remind the eaters of the bread’s superior quality – all fluffy and light – were stamped in red ink ‘Moti Mahal’.

Dessert should also get a passing mention, given how little attention it’s given in most standard curry houses: a mini bread pudding, made with reduced saffron milk and thin layers of pineapple and served with ice cream come Kulfi achieved the rather impossible feat of being sweet and impossible not to eat, despite all the food so far consumed. Impressive.

Thanks to its West End location, close to Covent Garden tube and Shaftesbury Avenue as well as Holburn tube station, Moti Mahal offers pre–dinner theatre menus. Given the quality of the food this seems an infinitely better choice than some of the other restaurants in the area offering similar deals; however, given the quality of the food, I’d recommend making more of an evening of it by enjoying a nice bottle of Indian wine (Grover Vineyards) of course.
Christian Rose-Day at 07:55
Share