A Brand New Bar & Grill With View Of The Old Vic 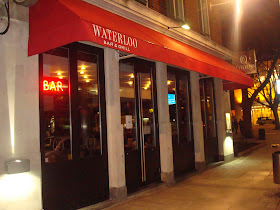 Time for a confession: when I visit Waterloo I don’t tend to stick around for long. A short sharp scamper through the concourse to catch a train, a quick exit on the west side to get the bus, or a trot over the walkway to get to the Southbank’s culinary, and boozy, delights. 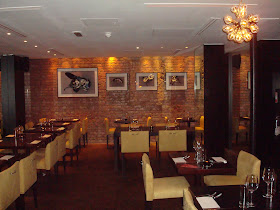 I’ve never before exited on to Waterloo Road, so imagine my surprise when I did and found a haven of restaurants, bars and, most impressively, The Old Vic, all glowing in the dark of the night. Who knew that was there? Not me. 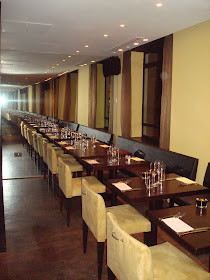 Some 88 million passengers pass through Waterloo every year; I can’t be the only one who’s been missing out? Perhaps I am the only idiot that’s never stepped foot out of the east side before, as among those shiny lights and dinner destinations were a scurry of people making their way into the night. The reason for my new discovery was that I had been invited to the re-launch of Waterloo Bar and Grill. Just opposite the underground - you know, where you go down to get the Jubilee line or stop at McDonalds on the way home - is the place with a brand new look. 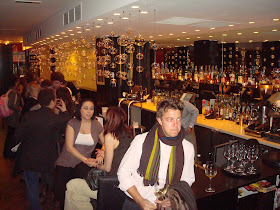 Where a black awning once covered the dark interior is now the proud home of shiny new red awnings with welcoming lights and windows looking into the bright and airy inside, with bauble lights directing customers off the street and straight into the bar. 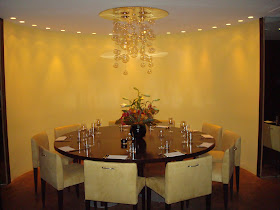 We made our way into a huge bar area, certainly large enough for a jolly old knees up with your pals. Red and white wine was making its way around the room, so we were sure to follow the waiter until he gave us one. Even though the restaurant wasn’t open for our trip, the lovely lady at the cloakroom took our coats before we entered the dining area. 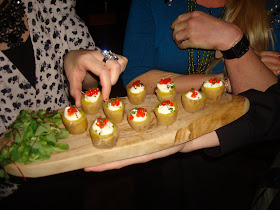 To me, it had the feeling of a fine dining restaurant. Exposed brick walls emphasised with spotlights, cream walls embellished with contemporary artwork, dark tables accentuated with big, comfortable cream chairs and. the piece de resistance, a central table in a semi-enclosed area for 10 diners for those lucky enough to have nine friends. 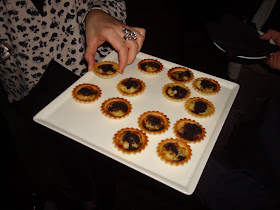 Cathy, the general manager, was there to tell me that the refurbishment was much needed. It got rid of the dark and dated restaurant and brought in a fresh new look. Now, as I say, it looks like a fine dining restaurant, but without the price tag or the pretentious menu. She also mentioned that it was not only the restaurant that needed an overhaul, the lacklustre menu had a re-fit too. 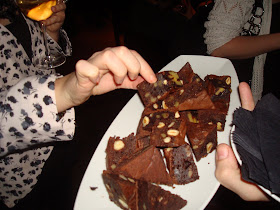 If the canapés were anything to go by, the menu - featuring pan-roasted halibut, char-grilled ribeye, and confit of duck leg - will taste supreme. If the thick cuts of chocolate brownie that we feasted on are a prerequisite to the dessert menu, then the blueberry cheesecake or pear and frangipane tart will be melt-in-the-mouth delicious.

A lot of the clientele visiting Waterloo Bar and Grill will no doubt be pre-theatre diners, with grand views of the Old Vic through the window, a tasty supper before a show is what the restaurant is ideal for. After a show, more drinks in the bar before crawling the short distance to get the last train home.

I’ll definitely be sure to spend more time around Waterloo now that I know what’s available. Who wants to come and see a play at the Old Vic with me?
Christian Rose-Day at 15:39
Share