Single In London: What Happens After A Fleeting Meeting? 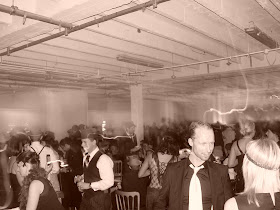 Today is Valentine’s Day so it seems rather fitting to be broaching the subject. All of us have experienced them at some point. Fleeting meetings with someone captivating - in a bar, in a club, at an event, at a party, on the tube, in the public toilets - and I had one very recently, as recently as the 1920s. 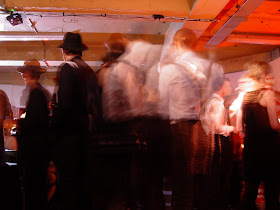 It was Saturday 12th February 2011 actually, and I was at the excellent Prohibition Party at a secret location in Bloomsbury; although not very secret, it was printed clearly on the Prohibition Party website. It was in the basement below The Bloomsbury Ballroom and was one of the frequent parties organised by the same team that brings the Blitz parties and Belle Epoque parties to London every few weeks. The idea is centered around fancy dress, to the point that the whole experience is somewhat surreal and yet unnervingly realistic. Having been to a Blitz party before, I knew that the ladies who gather at these events are hot, but not in an Infernos-short-skirt kind of way, but in a classy, sassy kind of way. 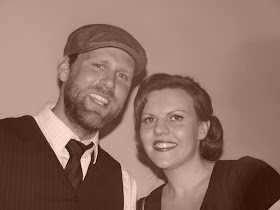 The evening had begun without expectations, just a desire to sample the true, flagrant hedonism of the 1920s. That said, I did arrive with one other person, also a single chap, who managed to procure the number of a delightful, attractive and very suitable lady, whilst I was victim of the inevitable fleeting meeting.

There, right at the end of the night, as if often the case, I met a young lady by the name of Elena, a Spanish architect originally from the Canary Islands, who wore red and had a smile like Penelope Cruz. She was dazzling and enchanting and all the exciting things you’d expect from an unexpected interaction. 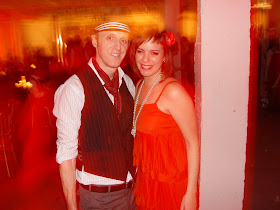 Our chance meeting ended abruptly. We’d only just got to the initial flirtatious stage, before both being herded rapidly in the direction of the exit (was there about to be a raid?). At the cloakroom, Elena and her friends, being Spanish, thought nothing of joining the front of the queue. I, on the other hand, remained stoically British and without a second thought, dutifully joined the rear of the lengthy queue. And that, as they say, was that. Apparently, she redeemed her coat, hung around chatting to my companion for a number of minutes whilst she waited for me, before disappearing into the night after being pressured by her friends.

Dash and drat it! Foiled by blessed cloak queue! 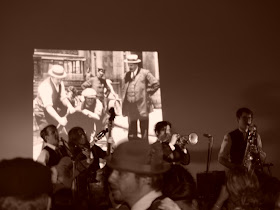 Ironically, considering the manner in which Elena and I broke company, the first note I’d made into my dictaphone that evening had been “Do not bring a coat”. What foresight! I wish! My notation was in regards to the heat. It was plenty warm enough under all the waistcoats and braces and shirts and neckties and hats for a chap to swelter contentedly on the tube getting there, and at the Prohibition Party itself. Obviously, for the ladies, I would recommend a coat for future Prohibition parties as, more than likely, you’ll be wearing bare shoulders, feather boas, cigarette holders, pearls, gloves, heels, and not much else. 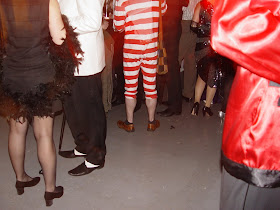 The lengths to which everyone, bar none, goes to in order to dress in an authentic manner is outstanding. I particularly enjoyed the two chaps who eschewed the spatz-and-Trilby look and went for a Hugh Hefner-esque smoking jacket and a full length striped swimming costume. 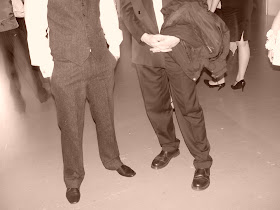 As this was Bloomsbury, and with UCL just around the corner, my guess is that many of the young ladies and gentleman who turned out were young because they were students. If I remember rightly, the crowd at the Blitz party had been slightly older. That is in no way a criticism, just an observation. 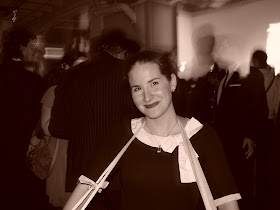 The Prohibition Party was quite large, having three bars to choose from and a Silent Cinema room complete with live pianist and Roulette table, plus a stage where a live brass band worked the flappers and dandies into a Charleston frenzy. There was also a burlesque dancer called Somethingorother Cheesecake, who, from a distance, I’d originally thought was a ladyboy. Geez, those bootleg cocktails in teacups must’ve been strong. Smaller cocktails in smaller receptacles does not necessarily mean being duped by higher prices. 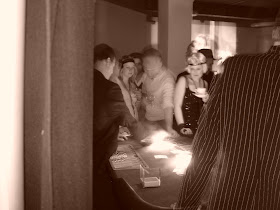 A quick tip: use the smaller bar immediately to your left as you enter the main hall. The queues are much shorter and it’s a great location for surveying all the wonderful costumes as they walk by. And, it seems, a great place to engage in conversation with very friendly strangers. Perhaps I should make the Prohibition Party a new entry in the Fluid London guide to the Best Bars & Clubs to Find Love? 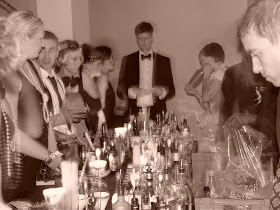 Aside from my own misfortune with the Spanish lady, the only problem with the Prohibition Party was the space in the main room. It is quite vast and, because the music emanating from the stage is of an era that did not have bass, the sound is loud but not so loud that it’s easy to dance to; meaning it’s necessary to go home with a sore throat from all the shouting needed to hold a decent conversation. A couple of large speakers at the back would possibly take care of that. Even though making more noise so save on conversation levels might seem odd.

I would, therefore, recommend a night at one of the future Prohibition parties. You never know who you’ll meet.

And if you are, or know of, a lovely Spanish architect called Elena, please email christian@fluidnetwork.co.uk, I’d love to be able to say goodbye properly.