Get Me To The Olympic Greek! Please! London is buzzing. The Olympics are just around the corner so it was only right to check out why so much time, money and investment have been placed into east London.

As I get off the train, the newly built platform and bridge at Stratford station glistens in the reflection of the Christmas lights surrounding the huge red neon ‘Westfield’ sign. Some might say it’s a waste of electricity but I’ll say it’s pretty.

This monster of a shopping centre boasts over 300 shops, 70 restaurants and a surrounding complex of, well, half built stuff, for the moment. At the main entrance is the bus shelter, complete with hoardings and diversion signs. To the left of it stands the eye-catching structures of the Olympic stadium, the swimming pool, and the bridge which is dwarfed in size when standing on it.

Then there’s the shopping centre; a damn sight more exciting than the borough that stands beneath it. It’s a bustling Thursday night and Xmas shopping is in full throttle, despite being weeks away from the big day. I’m not here to drop into Monsoon or to have a go at 02 for not having an Iphone 4S. I’m in search of a restaurant. And I’m late.

The problem with this place: it’s huge and stands in its own glory of modern architecture, and its ‘newness’ smells, but it’s so just-been-finished that Google doesn’t even recognise its postcodes on its maps.

In search of the newly-launched Real Greek, I walk around the shopping centre once. The invitation clearly states that it is located OUTSIDE the shopping centre. I walk west, I walk north, I walk into the foyer of the Theatre Royal. “No restaurants here” says the helpful front of house lady, “but we do have a nice cafe”. Nice as that thought is, not tonight my dear.

I walk back again toward the station and head past the bus station, wanting to try my luck at the magistrate’s court. There’s absolutely nothing happening here and even the one pub that stands across from Stratford Centre has people filing out of it.

I’m close to getting the train back home now when the fiancé has an idea. We’ll ask at the train station. Of course! Time to test the Olympic knowledge of the security guards. In our best enquiry voice, we ask “Where is Chestnut Plaza?”

Apparently, the Mecca of Westfield restaurants had been within a sniff. The area that needs a Narnia wardrobe to get in to was close to the shopping centre after all. Said security guard gestures toward the huge M&S sign towering over the station and says “walk behind there”. Convinced that we had been there before, we make a last dash attempt to find this place.

Finding ourselves at ground level again, cabbies slow down while passing us by, eagerly waiting to help the lost. We keep walking alongside the swimming pool (we’re back here again) and we see some glittery lights. There’s a pub, there’s a restaurant and low and behold, we’ve found The Real Greek. I’ve never been so happy to see a restaurant in my life. 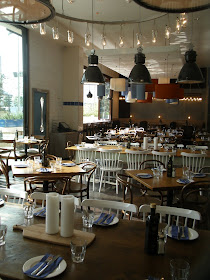 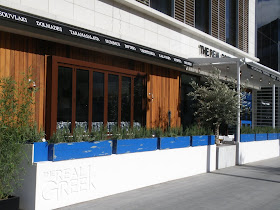 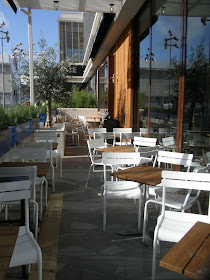 The Real Greek is amidst celebrations when we arrive with the dining room abuzz and the owners cracking open the Champagne. This is the 7th restaurant to open in 13 years and people are queuing to get in. The beer is in full flow and traditional dishes are brought out to sample the olives, the feta and the flat bread that the Greeks are famed for. 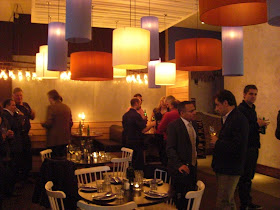 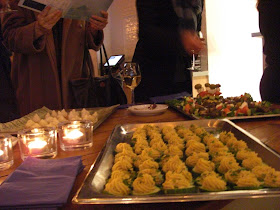 Although we haven’t quite reached plate-breaking momentum just yet (it’s a launch party after all), it’s still a party that I wished I hadn’t missed. With the fast moving hub of the shopping centre left inside, the surroundings of The Real Greek are the perfect place to rest those feet and have a bite, especially after getting lost in the new Olympic city of E20. 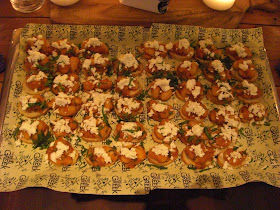 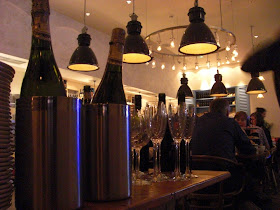 To book a table at the new Real Greek in Westfield Stratford Mall (because you will need to book, it’s that popular; especially during the Christmas shopping period) use this handy booking form. And make sure you locate the restaurant well ahead of time!
Christian Rose-Day at 12:32
Share