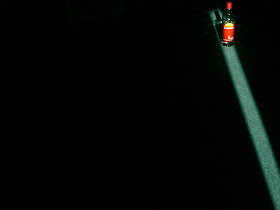 Until recently, my knowledge of all things Peruvian amounted to one solitary reference point: a scruffy brown bear named Paddington who had a penchant for marmalade sandwiches. However, I'm happy to report that, thanks to a recent influx of new restaurants in London, that list (it's a list when there's more than one, right?) now has a new addition: Pisco.

Pisco, for those of you unfortunate enough not to have tried it yet, is an aged grape-based liquor from deepest Peru, much like my aforementioned teddybear friend. Once distilled, it is often infused with fruit or flavourings dropped artistically into the storage jars in a Damien Hurst-esque style. 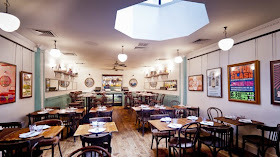 Head to Ceviche restaurant (pictured above) on Soho’s Frith Street to see them lined up in all their glory, with nine infusions including divine fruity options (apricot, cherry, physalis), the unique (eucalyptus leaf, cinnamon bark) and the downright dangerous (a hot peruvian chilli pepper – not for the faint hearted!).

When it comes to Pisco-based cocktails, the stalwart and my firm favourite is a Pisco Sour; a blend of traditional Pisco, lime juice, sugar, egg white and bitters. Try it tangy and tart, you won't look back. 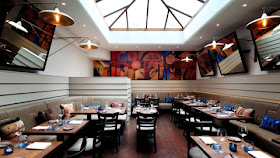 The new crop of Peruvian restaurants across London has brought a new range of Pisco cocktails, the best of which can be sampled at Lima restaurant (above) on Fitzrovia’s Charlotte Street. Try the Kantuta if you fancy something fresh and virtuous (cucumber infused Pisco with beetroot juice and agave syrup), or indulge in the Pia instead of dessert (vanilla infused Pisco, banana, crème de cacao, Frangelico, cream and egg yolk – it's naughty but oh so nice).

After something more daring? The Cuento del Diablo looks every bit as devilish as it tastes: chilli infused Pisco, Cointreau, strawberry juice and lime, with a devil horn of chilli wedged to each side of the martini glass.

Of course, if you need the excuse of washing something down with your cocktails, then the ceviche offered at all good peruvian restaurants (raw fish 'cooked' in the acid of limes with chilli, onion and coriander) is a delicious way to go. It might even stop you from getting absolutely Pisco'd…