Sober In London: Detox & Unlimited Booze Is A Medieval Mix

Giving up alcohol for January to allow the body to move passed the evils of Christmas and New Year’s Eve is hard enough for any frequent London drinker.

I can up that ante. I work for Fluid London and we are commonly referred to, in the industry, as ‘a ripe old bunch of lushes’. We drink at, eat at, review, and tweet about London’s best bars, pubs and restaurants because that’s what we’re expected to do. To us, abstaining from booze for a month is like losing a vital organ.

Regrettably, I’ve made the rash decision to up the ante even further. Since downing that final glass of celebratory port at roughly 5.30am on New Year’s Day, I have so far remained steadfast in my resolve to tackle the unimaginable: stay dry until after the 2013 London marathon in April; which is still 14 weeks, 2 days, and 11 hours away!

I can report that, thanks to a prescient special offer on Beck’s Blue alcohol-free lager at my local Sainsbury’s, Week 1 has proved reasonably manageable. Well, it was until I scheduled my first restaurant review of 2013, at The Medieval Banquet in St Katharine Docks (a suitable excursion for the Russian guests I was entertaining recently), where included in the price of the £49.95 ticket was UNLIMITED ALE AND/OR WINE! And when they say UNLIMITED, they mean UNLIMITED.

Great jugs of the stuff was frequently brought to our table by our buxom waitress for the evening, and in the unlikely event of requiring a refill, we were encouraged to bang on the tables with our thirst-angered fists hailing, “WENCH! Fetch me more ale!”

Not an ideal setting for a recent dryathlete such as myself.

And so it was that a flagon of the sweetest apple juice ever to grace the shores of Great Britain was placed in front of me and I dutifully gulped it down like a good little T-totaller.

Thankfully, the various contortionists, jugglers, dancers, prancers and singers providing the entertainment for the evening distracted me just long enough so that I could escape, full of belly, but only through the charms of food (and apple juice), not booze.

This is going to be a long, onerous winter..... 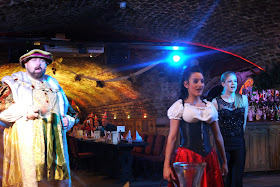 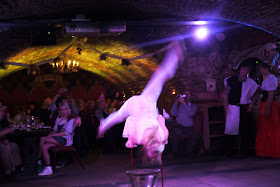 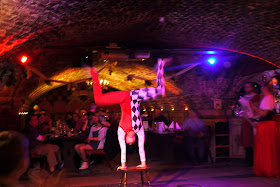 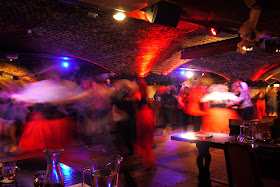 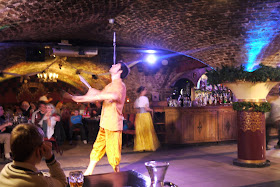 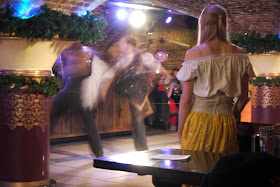 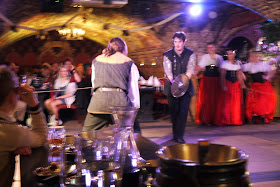