4 Members’ Clubs In London Almost Anyone Can Join 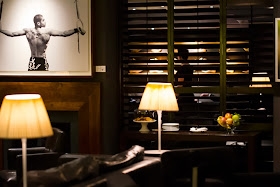 London’s gentlemen’s clubs, Annabel’s and The Arts Club are British institutions; to the select few who are happy to pay the £1000 joining fee and wear a jacket at all times.

Members clubs like Shoreditch House and Soho House - now a badge of honour for fashwion and medi-yah – are still pretty difficult to get into.

Now there is a new breed of members club in London that is anything but stuffy.

Eight Club Bank (pictured above) recently launched its Blind Bee nights and a reduced £250 annual membership: giving punters the chance to enjoy that exclusive members’ club feel. Blind Bee nights give the club a speakeasy feel with soul food – the juicy pulled pork sandwich is fantastic - Dixieland-inspired live music and cocktails that are almost impossible not to glug down: Little Sister - vodka muddled with cucumber, mint, fresh lime and revelatory ingredient cumin - is about as refreshing as a cocktail can ever hope to get.

Inspired by Eight’s efforts, here are some of London’s top members clubs open their doors to Mr Joe Public. 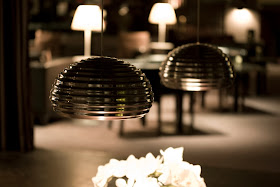 Eight Members Club (above)
Membership grants access to both the Moorgate rooftop club (splendid city views from its decked terrace plus a studio gym and library) and city den in Bank (pool tables and a cinema). From whisky tastings to hot dog and martini nights, the latest nightly offering from Eight Bank is its Blind Bee nights.

Who goes there? Its city location is inevitably attractive to the square mile crowd. Just as its signature drink includes a healthy dose of champagne, members at Eight love a bit of cash flashing.

Drink of choice? Queen of Eight (Lemongrass and Kaffir lime leaf infused Snow Queen vodka, shaken with vanilla sugar, charged with Tattinger Champagne) for Eight regulars or from the Blind Bee menu the Queen of Hearts: a mix of berries, rum, cointreau, crème de framboise with a splash of champagne. 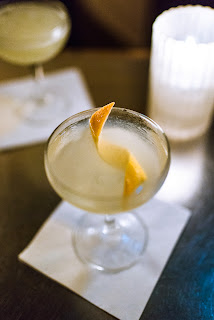 Milk and Honey
If you’ve ever walked down Soho’s Poland Street, you’ve probably walked straight past Milk and Honey’s doorway. This drinking den keeps things simple: its games room is available free to members for private parties: flat screen TV and DVD player, a sound system you can plug your iPod into, and private bartender, then there’s the bar...

Who goes there? The discerning drinker. All mixing glasses and most glassware are kept in freezers at -30C and you won’t find cranberry juice in any of the cocktails because the club will only serve drinks - like the one pictured right - when juices are prepared by the staff who squeeze fresh orange, lemon and pineapple juice every afternoon and even press ginger for the club’s own ginger beer.

Non-member access? Non-members can access the club until 11pm if they call ahead and book (this usually transpires to the start of the week only). 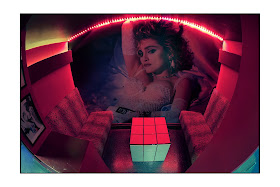 Maggies (above)
One of London’s least exclusive members club, Maggies in west London has a membership policy that essentially guarantees regular punters a venue they can go to ever Saturday night, dance to 80s music and, err, listen to the Iron Lady’s speeches in the toilets.

Who goes there? The (young) Chelsea crowd: expect bare legs, St Tropez tan and a lot of air kissing at this Fulham Road club.

Membership: £300 a year plus £50 joining fee or £30 a year gets one guest complimentary entry to the club.

Non-member access? Non-members can go to the club whenever they like but from Tuesday – Thursday (when there is a guest list) they must have called in advance to put their names on the guest list first. On Friday and Saturdays non members can also go but it’s not cheap: they must book a table space and minimum spend is £60 per non members.

The Hospital Club
Plenty of space in this Covent Garden members bar; members have seven floors’ worth of amusements from TV and music studios, a gallery, pool room, screening room plus a restaurant and two cocktail bars.

Who goes there? Expect to see lone hipsters tapping away on the many Apple devices alongside trendy ad execs (that means no suits) meeting and schmoozing over their latest campaigns.

Non-member access? Admittedly it’s limited: but the Hospital Club puts on about four gallery exhibitions each year, which open up to the public. The latest is ‘We Bury our Own’ a series of photographic and video work by the Australian artist Christian Thompson. Open to the public from 6-11 November 11am-6pm daily

Drink of choice? The Twinkle (vodka, elderflower and champagne in a coupe with a twist)
Christian Rose-Day at 21:25 8 comments:
Share
‹
›
Home
View web version